THE FUTURE OF JOURNALISM

The third event part of the Future of Journalism series was held at the Goethe Institute in Johannesburg 22 October 2019. #FutureOfJournalism

The theme for the event entailed what the future holds for audiovisual in South Africa and the implications for our Journalism be in our future which increasingly digital with global players.

We were joined by the SABC CEO Madoda Mxakwe who spoke about the sustainability of SABC, he highlighted that without money and the viewers in the digital divide the SABC has not been able to introduce their new channels. He also mentioned that “We are here to make sure that the digital migration takes place and analog switch off. SABC news online is the second most accessed online”.

Alexander Pfeiffer who is the Managing Editor for ZDF in Germany mentioned that ZDF is Germany’s National Public Television Broadcaster and was founded in 1963. “We run as an Independent non-profit corporation. We operate three TV Channels: ZDF, ZDFInfo, and ZDFneo. In partnership with ARD, jointly operate the internet – only offer “which is designed for the 14-to-29-year-olds”. Alexander added to say that the TV Market is changing and young people are using more services like YouTube and Netflix/Amazon Prime”.

Our Facilitator for the evening was Zinga Qunta, News Anchor at the SABC, who reminded us of how we are moving into the digital era kicking and screaming, while audiovisual content currently remains the purview of the well-heeled.

“Access to digital will become increasingly the norm and around the world, we have witnessed the rise of Netflix, Amazon, Facebook, and Google otherwise referred to as “fangs”, a new place offering audiovisual content. What are the implications for our existing broadcast media, what does it mean for local content, how should our media, policy makers and fangs respond.” – William Bird

Here are some of the tweets from the panel discussion:

If you missed it Watch the full event here! 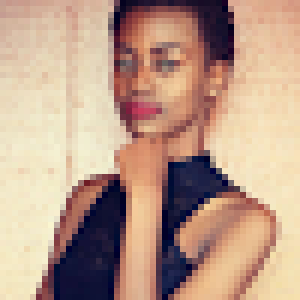