Media Monitoring Africa would like to invite you to join the Real411 Relaunch live broadcast today on Twitter @MediamattersZA!

With the rise of dis-misinformation during the current global pandemic COVID-19, the Real411 platform will play a vital role in combating digital offences that can cause further harm. We will be joined by experts from various fields to discuss the dangers of disinformation, the role of the Real411 platform and how it works, the importance of having an informed society through factual information and the role South Africans can play by joining the Spotters Network.

We will also be sharing a very important message from our Deputy Minister of Communications and Digital Technologies Pinky Kekana.

Zakeria Mohammed “Zak” Yacoob is an anti-apartheid activist and a former Justice of the Constitutional Court of South Africa. He was appointed to the bench in 1998 by Nelson Mandela. He briefly served as Acting Deputy Chief Justice during the long-term leave of Dikgang Moseneke.

Katy Katopodis is currently a News Director at Newzroom Africa, a Director at Nala Media & the Deputy Chair of Sanef. She’s the former EWN Editor-in-Chief & a strong advocate for media freedom. Considered one of the country’s most respected journalists & editors, Katy’s crafted an impressive journalism career spanning over 20yrs in the media industry.

Avani Singh is a practising attorney of the High Court of South Africa, and director and co-founder of ALT Advisory and Power Singh Incorporated. Avani’s work focuses on international and constitutional law, with a particular interest in media law, digital rights and the intersection of law and technology. Avani holds B.Comm. (Law) and LL.B. degrees from the University of Pretoria, and is studying towards an MSt in International Human Rights Law at the University of Oxford.

Dario Milo is a partner in the Dispute Resolution Practice at Webber Wentzel, where he leads a team that focuses on media, communications and information law, as well as constitutional and administrative law (especially in free speech cases).

Professor Willem Daniel Francois Venter, MD, FCP, PhD is the Divisional Head of Ezintsha at the University of the Witwatersrand, Johannesburg, where he received most of his training. He has an active interest in public sector access to HIV services, and his work involves health systems and other research that directly translates into national public health programmes, most recently involving dolutegravir. He leads multiple antiretroviral treatment optimisation studies, and is currently working on new first and second line antiretroviral options, patient linkage-to-care interventions, and self-testing projects. 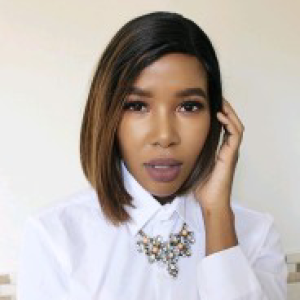